The best music of the year - a Quiet Revolution perspective

It seems almost impossible that it's come to that time of the year again where I'm reflecting on my favourite musical releases of the last 12 months.

I will begin by saying two things.Firstly, this list is in no particular order. That would be pretty impossible as 2015 has been another fantastic year for music.

There will of course be some omissions, merely because there are albums I don’t have a copy of yet but would have ended up on this list if I had. Additionally, there may well be an absolute killer of an album that is released several days after I've posted this but that's always going to be a possibilty. This is after all the art of the possible, I work with what I have in the here and now.

One confession, I’ve also broken the rules slightly and added one album, that is not officially released until 2016 but I have a copy now so it felt OK to include it. It is also available to order direct from the artist as I write as part of a special 'early adopter' deal so that makes it feel yet more admissible.  And whilst on the topic of, er, bending the rules,one of my selections isn’t an album or even an EP, it’s a single but there will be an album to come most probably next year so feel I can perhaps get away with that one. 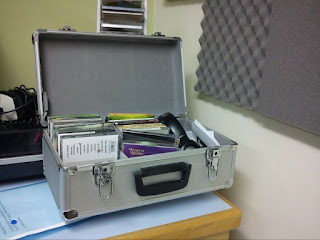 I haven’t made comments about each selection as it would take me forever and what I suggest though is you seek out the artists music, check out their website, buy an album and go and see them at a gig. I've helpfully added a direct weblink to the artist or band's website and in a separate post created a playlist of YouTube videos of songs from most of the albums I've listed here.

As I write this the music press are putting out their best of releases of the year features and in a few areas I agree, but generally find even my two favourite music magazines, Uncut and Mojo, since you ask,veer towards the mainstream a bit too much for my tastes. On the best releases within the americana and folk genres I find myself more in a position to concur with them in their selections. But that's part of the fun of year end reviews, lists and the fact we all enjoy different things.Which is a way of my saying please let me know through making comments here or via my Twitter account @awquietrevhfm what your thoughts are, who you’ve enjoyed and what your favourites of the year are.  A bit of interaction is always welcome and also serves to point me in the direction of albums that have escaped my radar through the year. It has the added advantage of convincing me that I’m not sitting in a radio studio in front of a microphone and playing music just for myself each fortnight. Reassurance is very important in this game!

Thanks to all the artists for making such beautiful music through the year and for sending me copies of their albums themselves or through their promoters.

Also I would like to give particular thanks to two great supporters of the show who always go above and beyond to spread the word. So thank you Nick Baker (AKA Macwood Fleet); check out his superb music blog here www.macwoodfleet.blogspot.com and Rob Hurley  who also has a strongly recommended blog here www.robsrawmusic.blogspot.com

OK so lets away….

Vanessa Peters “With the Sentimentals” (2015, Self-released)

The Lone Bellow “Then came the morning” (2015, Decadent Records)

Anna Coogan and JD Foster “The Birth of the stars” (2015, Anna Coogan)

The Dreaming Spires “Searching for the supertruth” (2015, Clubhouse Records)

Chantal Acda  “The sparkle in our flaws” (2015, Glitterhouse Records)

Sean Taylor “The only good addiction is love” (2015, Sean Taylor)

Posted by thequietrevolutionblogspot at 02:38 No comments:

thequietrevolutionblogspot
I present a show called the Quiet Revolution on HFM Radio, the local community radio service for Market Harborough, South Leicestershire and North Northamptonshire. I've been doing the show since February 2007 and curate a playlist incorporating all the music I enjoy - americana, folk, alt-country, world and blues. The show is on air alternate Tuesdays between 10pm and Midnight.